Maart Volume One: The World According To Gurp

by L*Roneous accompanied by Brycon 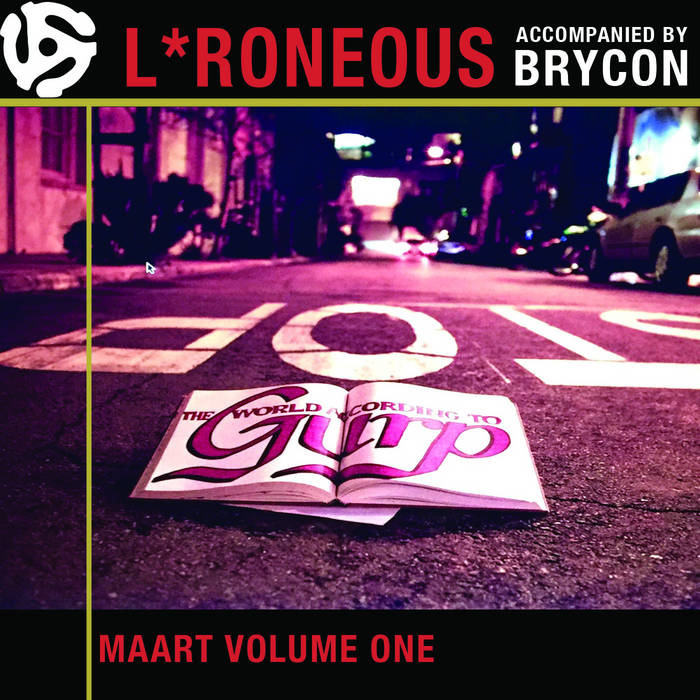 The Last Of The Only

L*Roneous hits you with a quicky of high-quality content in a way only a word wizard can with his new album, The World According to Gurp, available September 23, 2016. Backed by the beats of Brycon, this first volume of the Maart Series will be released digitally across all platforms, on CD, Limited Edition Tapes, and Limited Edition 7” Maxi-Single Vinyls.

Arriving back home in the Bay fresh off a world tour, Gurp is somewhat of a play off The World According to Garp, a novel by John Irving. L*Roneous utilizes his literary prowess to transform ‘gurpin’ - or the mindstate while high on hard drugs - into an actual person, comparable to Robin William’s portrayal of Garp in the cinematic version of the book. The brevity of his new album is a testament to society’s ills and the complacentness of today's citizens.

In addition to music, L* has a slew of projects on deck in the art and literature realms - might be hard to keep track if you’re not already following/subscribing/liking. Explore the world of L*Roneous at www.lroneous.com. For more info or interview requests, contact info@lroneous.com.

Bandcamp Daily  your guide to the world of Bandcamp